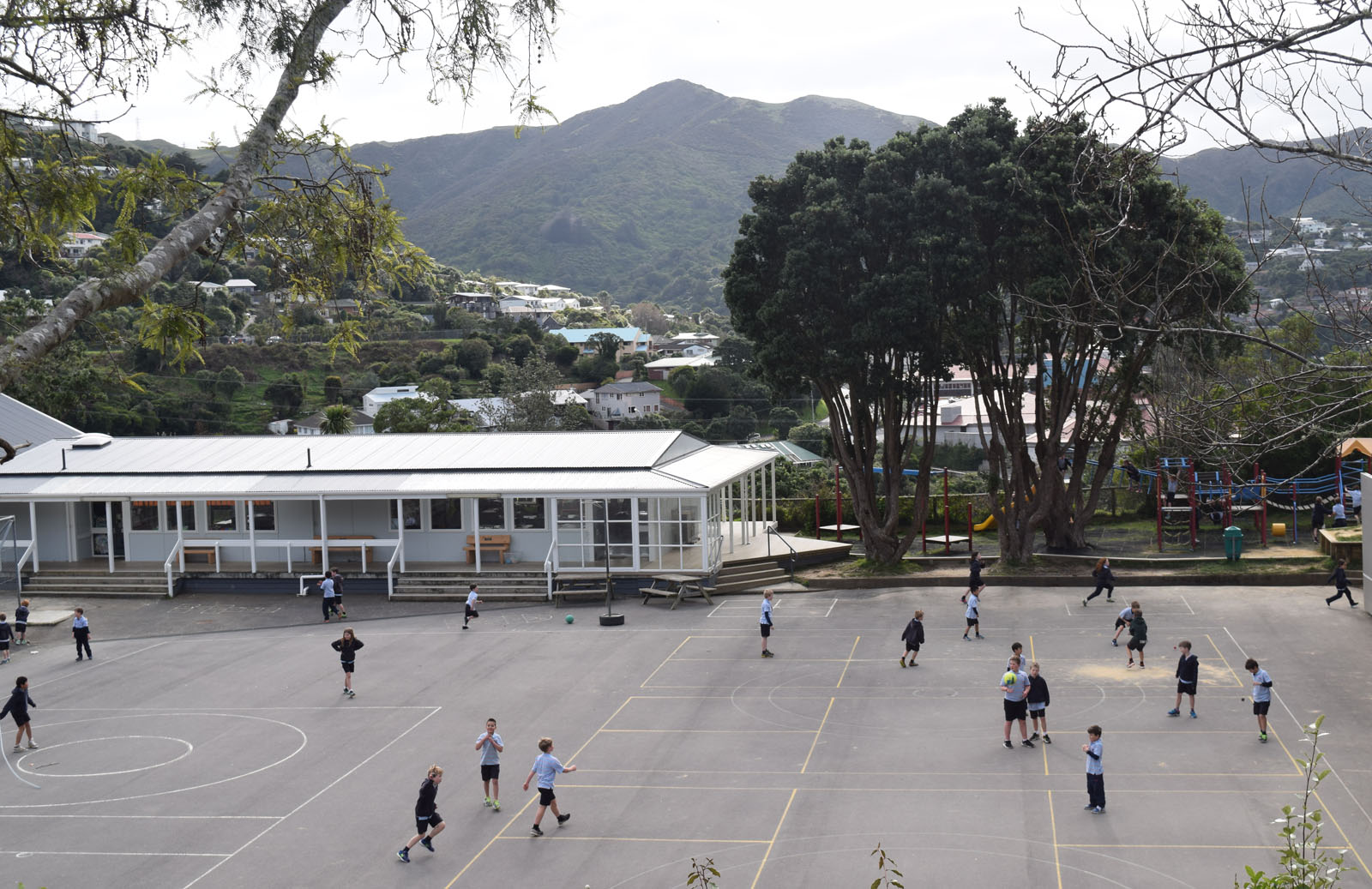 Wadestown School was first opened at Weld Street on 1 June 1881. One of the earliest schools in Wellington, it was built as a single classroom schoolhouse. By 1896 it had been extended twice and is now a four-classroom school. The building was demolished after World War II and rebuilt in the current layout, being officially opened on 15 June 1946. Until recently the Weld Street site was known as the Side School.

At Rose Street, two classrooms were built, and opened in February 1917. There have been a number of renovations and building developments that have occurred on the site since. Until recently the Rose Street site was known as the Main School. In 2018, two new buildings were placed on the lower grounds.

A full and detailed written account of the history of the school was written in preparation for the 125th Anniversary in November 2006. Copies of this book are available from the school.